you let me tell

a story that history doesn’t tell

of a place itself the opposite

in the fight that’s where we meet”

In order to confront the mystery of existence, the Human Being makes use of three essential tools, arisen from fear and curiosity: science, religion and art. They respond to the anxieties of a species which seeks to innovate, research and create so as to have answers concerning what transcends the real. Artistic objects are situated in a confluence between technique and poetry and they are, at the same time, children of science and incorporations of cult and faith, acting as fundamental elements in religious rites.

Throughout history, art and religion function as complementary actions, the one feeding upon the other, settling values and subverting concepts. In Brazil, the European colonizers brought their images and implanted in our midst the curves and folds of the Baroque, an art of imperfection, a God-fearing one. Subsequently, with the arrival of millions of enslaved people, new images appeared, originating from cults of faith which were persecuted and driven to the deviations of marginality. The works produced by Josafá Neves for this exhibition reveal the potency of images despised by our official discourse. Here there is no room for accommodations, for conciliatory discourses, which seek to create a false idea of harmony and integration in a country constituted in its majority by mestizos, children of the rape of black women by the white man.

Brazilian art history, written by white men, is the picture of this deliberately obliterated image, which ignores the art and the culture arriving from Africa only to appraise the European presence as the single matrix of knowledge and wisdom. Even in the recent past, the presence of black artists within Modernism – still limited – is only justified through critical discourses, which associate such artists with strategies from the Naïf movement or with European constructivist movements, despising the geometry present in African totems, rites, masks and bodies. Brazilian art history reflects the image of a country which does not recognize itself, which does not identify itself as a multi-ethnical nation.

At this sad moment of our national life, in which religion, an essential phenomenon for human communion, is assaulted by intolerance and hatred, the exhibition “Orishas”, by Josafá Neves, is a landmark for acknowledging the strength of the art and culture of African origin. And it shall function as an identifying element, so that African descendants may identify themselves with it and keep the fight for the defence of their rights and their full citizenship. Some symbolic aspects are worthy of note: the museum, designed by Niemeyer, is a huge house, a huge oca (a Brazilian Indian hut) and, displayed on its mezzanine, on the highest exhibition room of the place, the orishas seem to receive its visitors at their own house, creating an enchanting atmosphere of beauty and admiration, of meeting with our own mirror, with what was attempted to be stolen from us, but which endures within us as a relic and now opens itself in chants of plentifulness. Over the walls, the pictorial symbology of the sixteen orishas synthetized by the artist pays homage to Rubem Valentim, a fundamental reference in the construction of the black cultural identity in Brazil. In the centre, the imposing Shango receives them all as a true host and master of wisdom and culture.

On the ground floor, at an area of more intimate character, the artist displays sixteen ceramics heads with the symbology and colours of each orisha, manufactured in the city of Tracunhaém, an important pole of craftmanship and popular art in the state of Pernambuco. On each extremity, Oshun and Our Lady of Aparecida, a remarkable example of Brazilian religious syncretism, assert their blackness and allude to the saga of violence against black women in Brazil. From Anastácia the gagged slave to Marielle Franco, a black woman assassinated for defending freedom, the yell which does not fall silent is one of pain, indignation and revolt. How long will this country insist on not acknowledging the violence against its own people? How long will we be lambs of an appeasing discourse, which only attends to interests that aim at the maintenance of privileges, in a society divided by colour?

For its intrinsic qualities and for its necessary presence at the current political and cultural moment of our country, the exhibition “Orishas” marks an important occasion in the construction of an aesthetics which reflects the complexity and diversity of Brazilian artistic manifestations, and the Museum of the Republic in Brasília must be acclaimed for such protagonism and for allowing that this event initially occur in the capital of the country. Art history in Brazil starts to reflect what we truly are. Within art, cultural contamination always occurred. Cubism, as we know, is also a direct fruit of African art, of its masks of a strong religious appeal and formal simplification. Josafá Neves, in turn, contaminates his works with expressionist references, with elements originating from Western Concretism, associating them with archetypical signs and formal solutions present in African sculpture and body painting. This is the dance, this is the chant, this is the essence of the art which Josafá Neves delivers to us as an offering. Ashé! 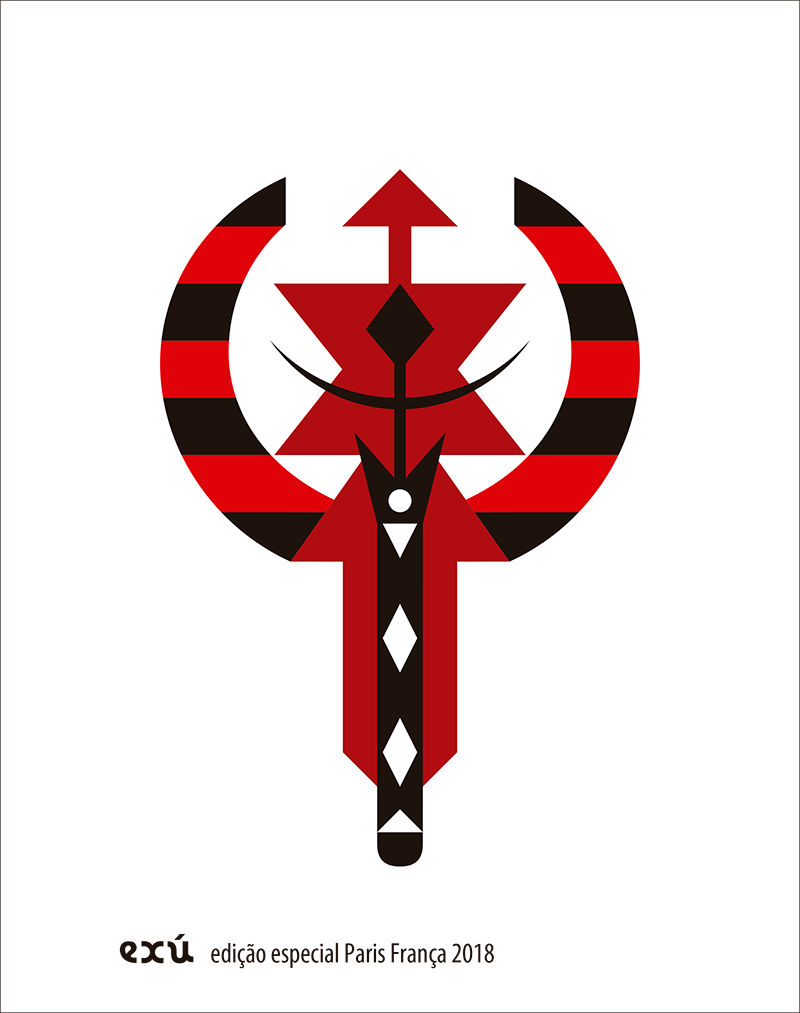 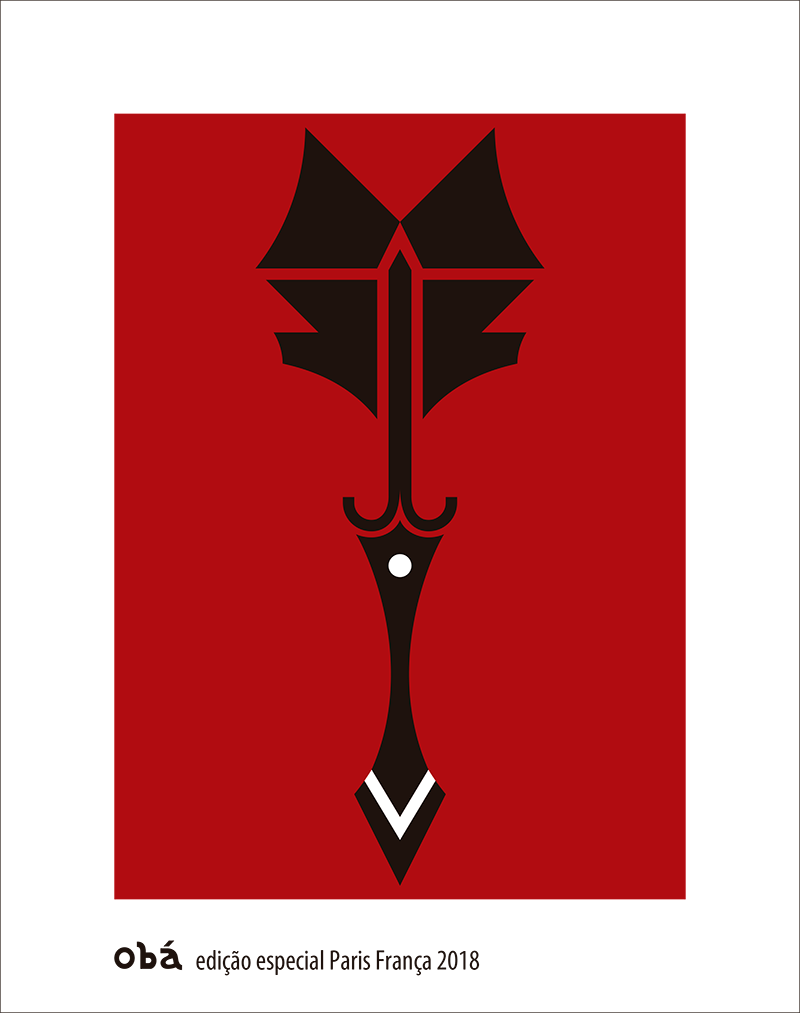 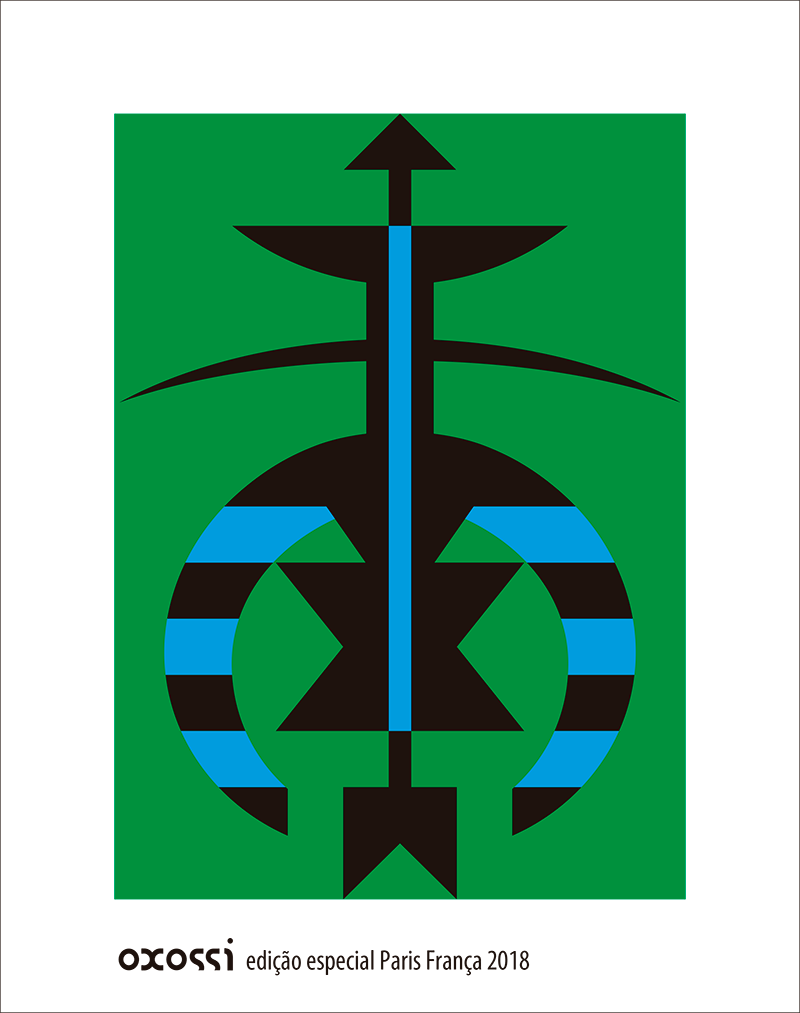 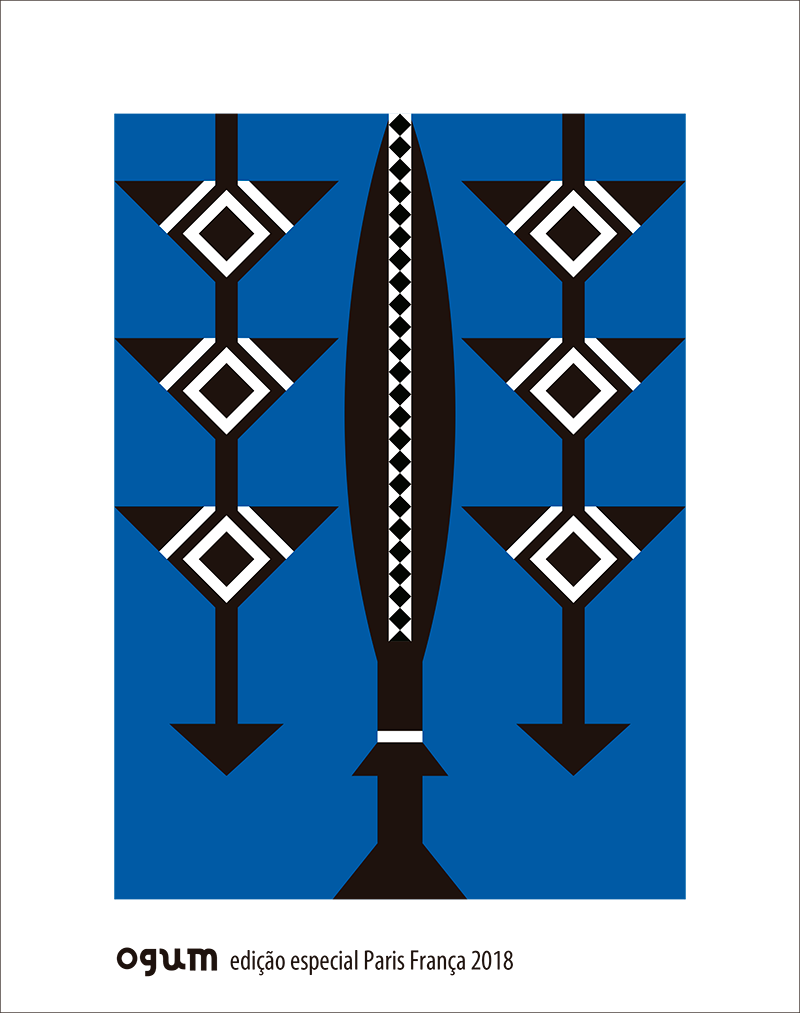 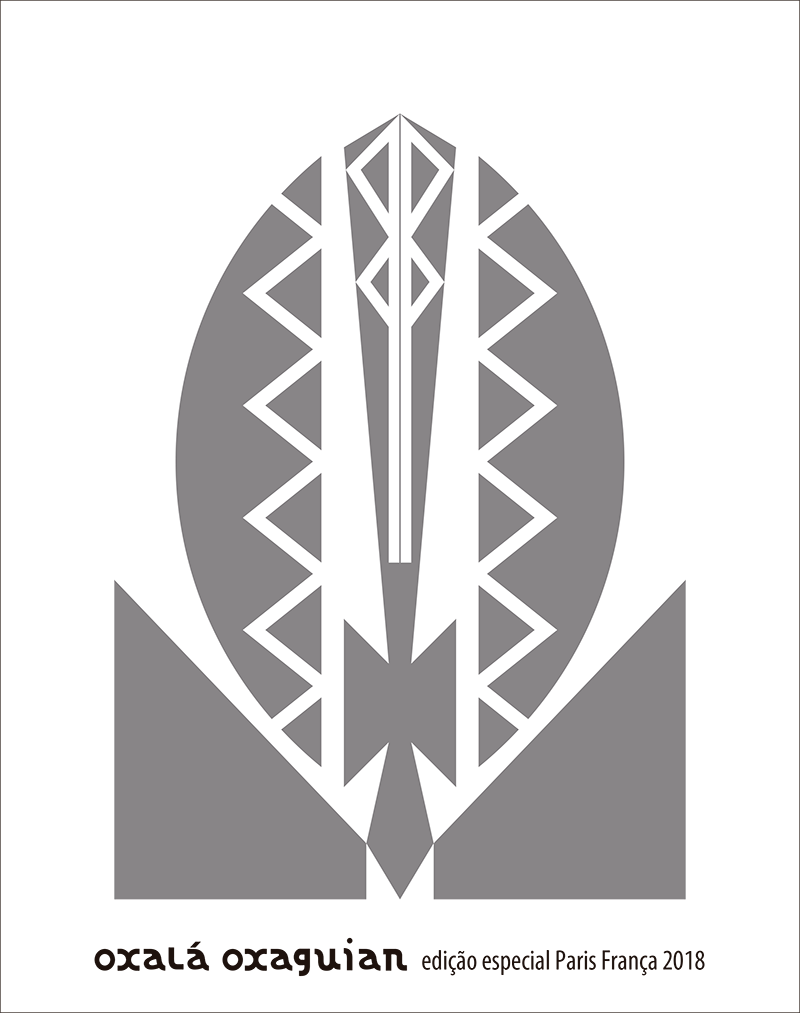 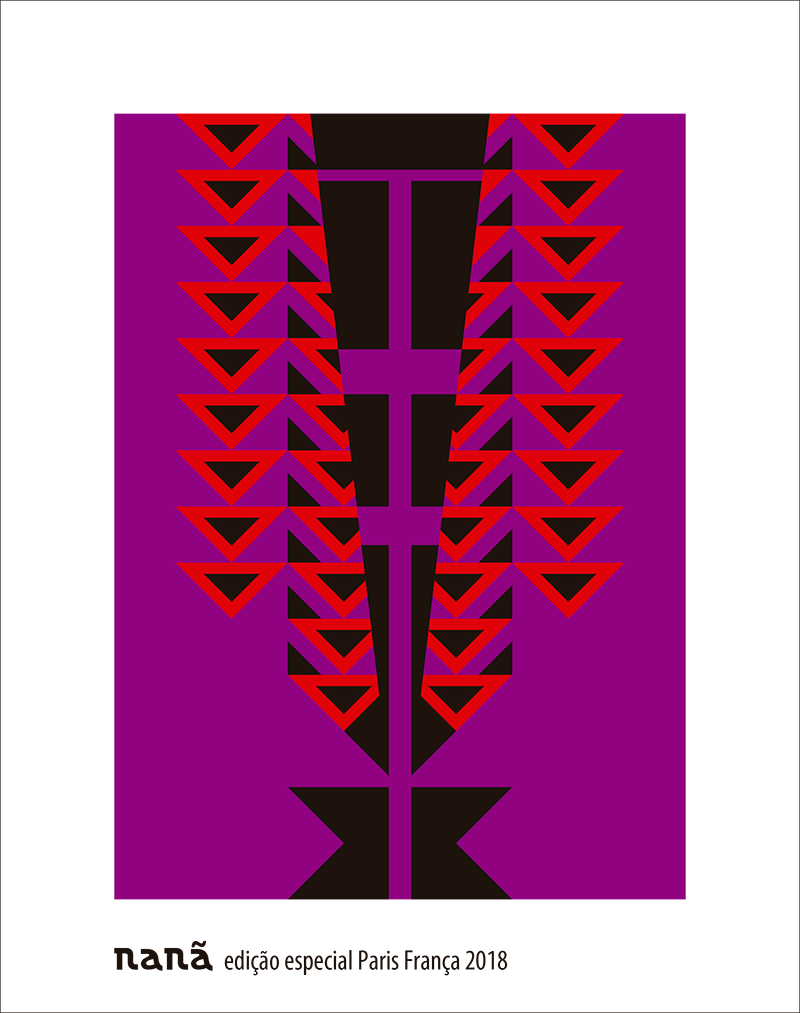 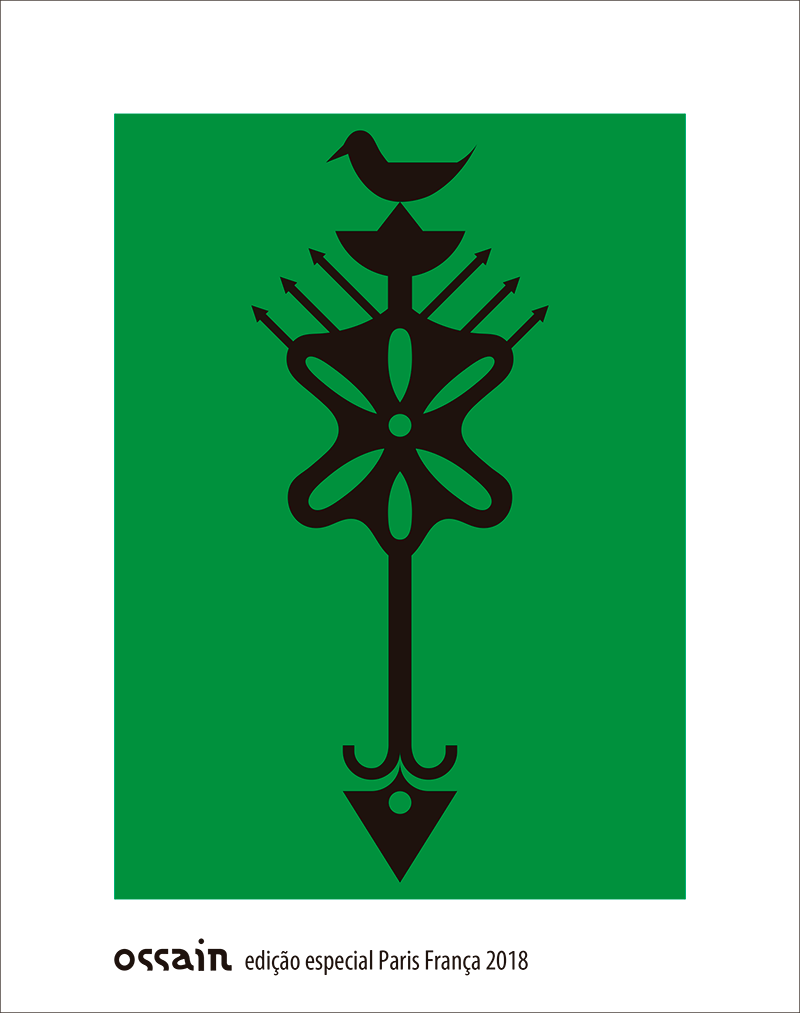 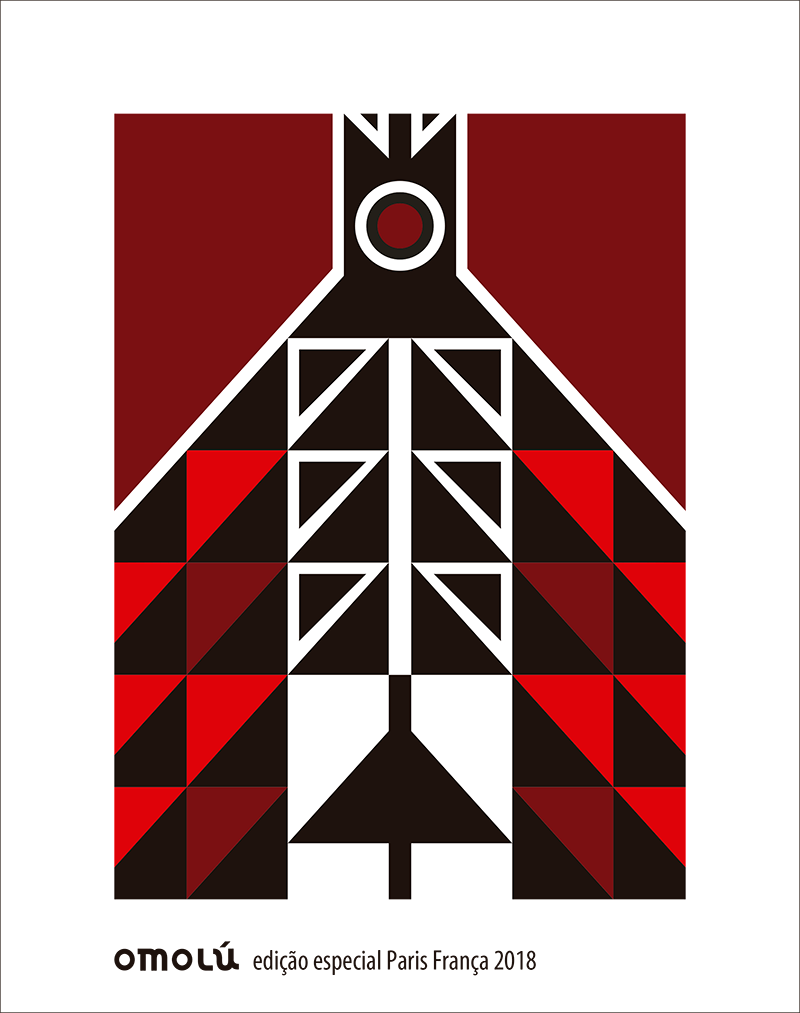 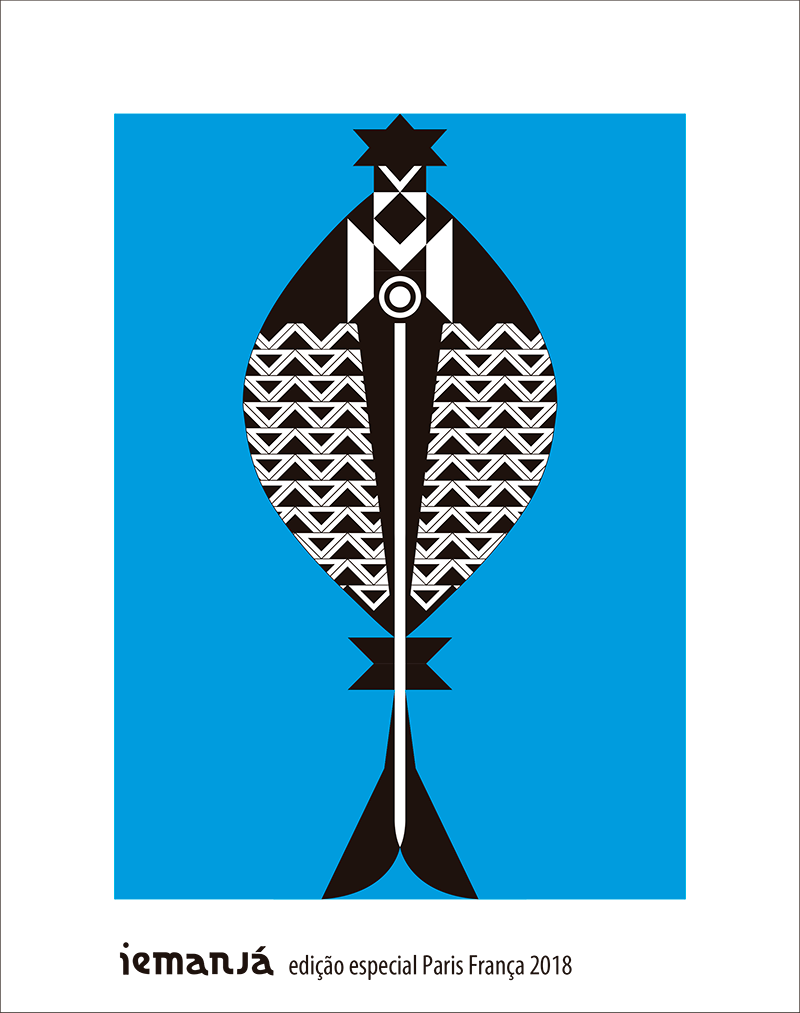 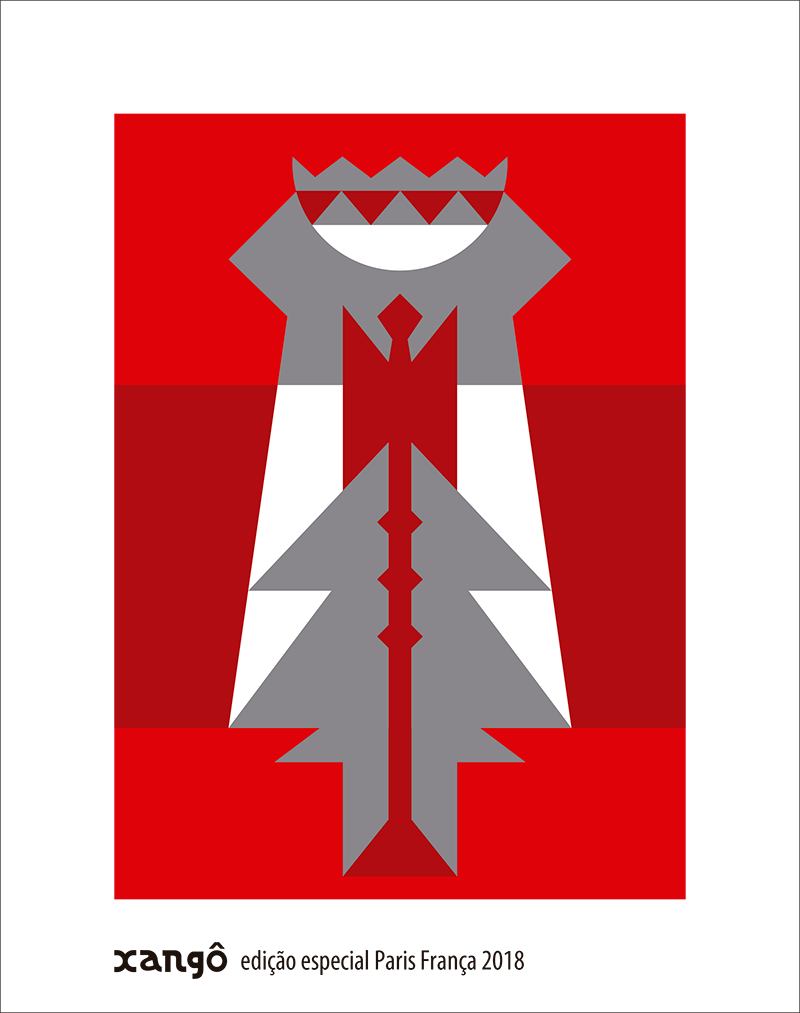 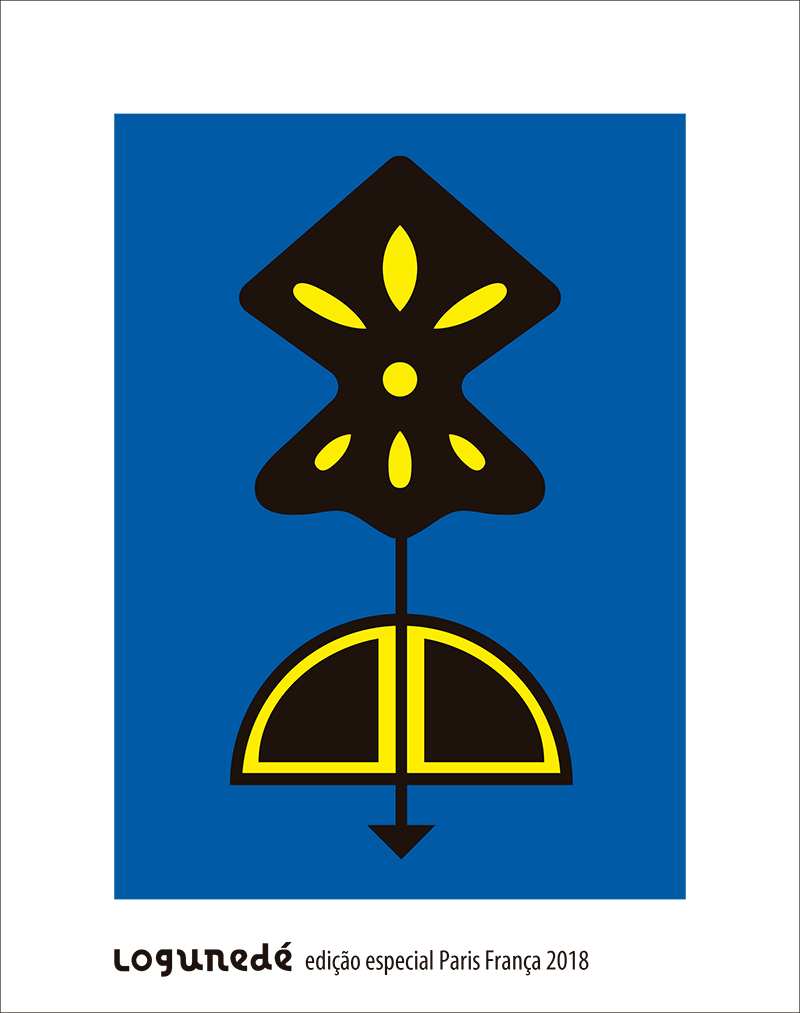 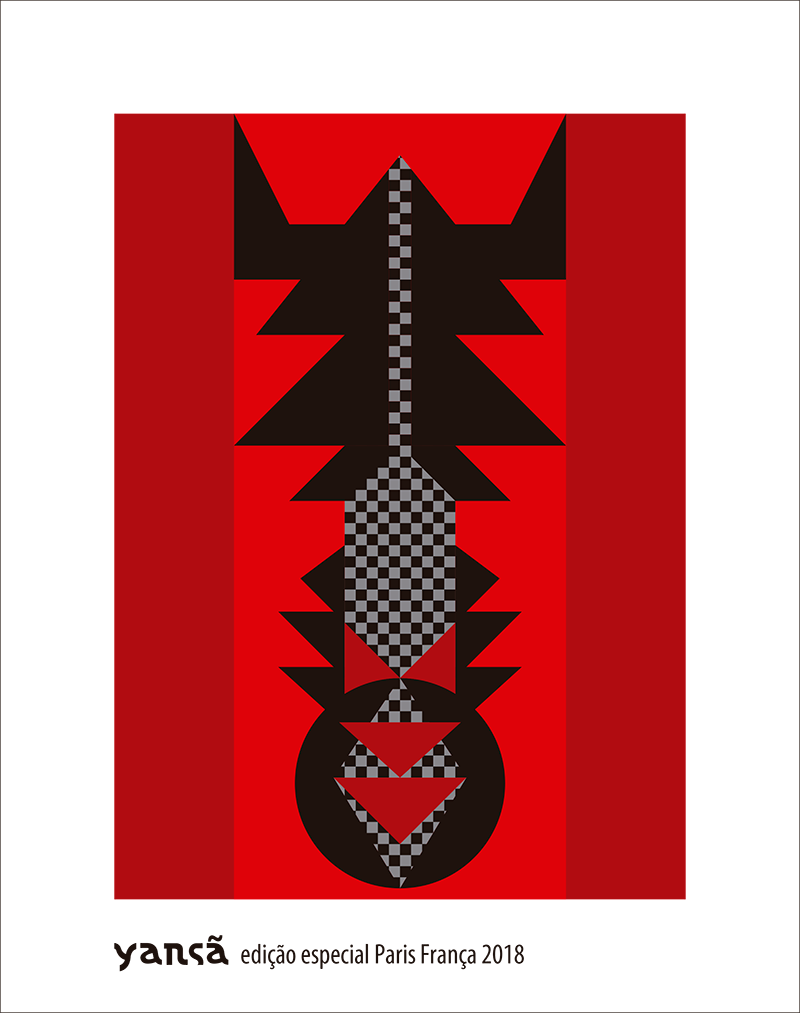 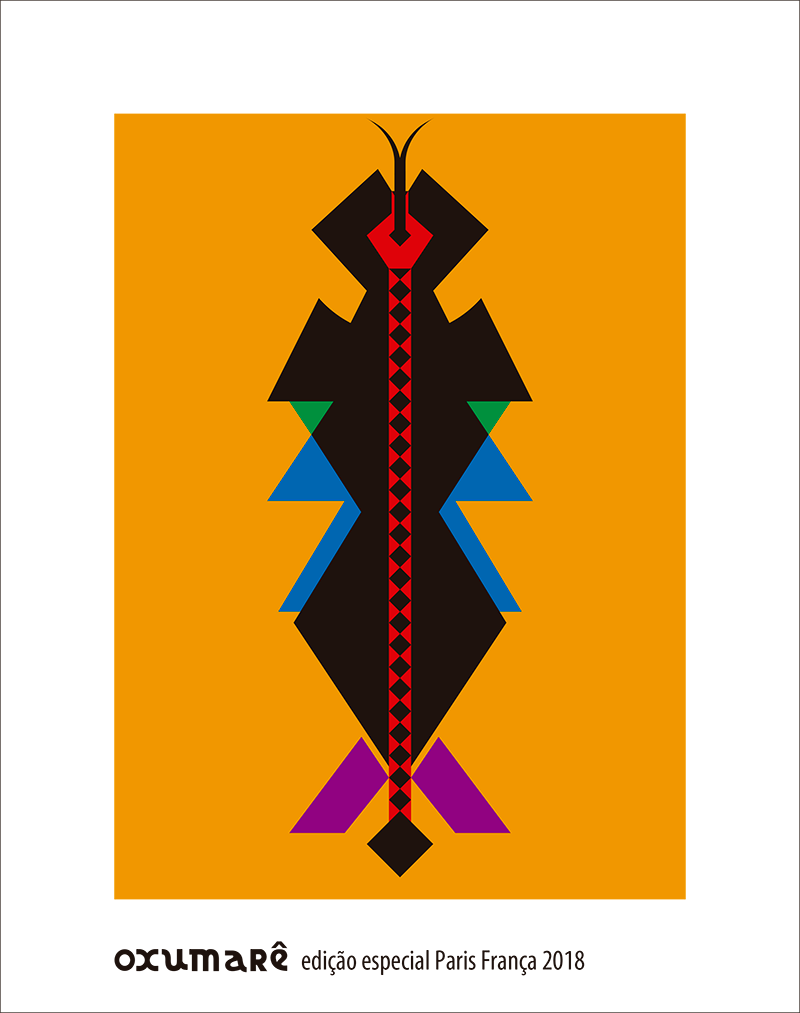 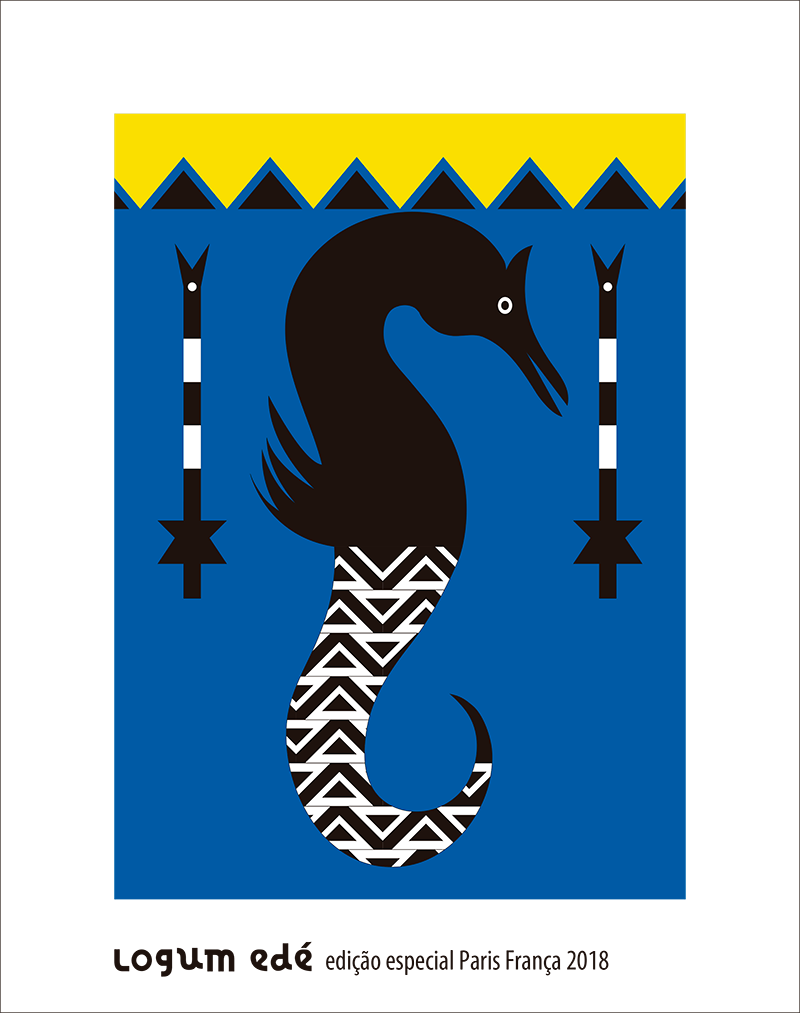 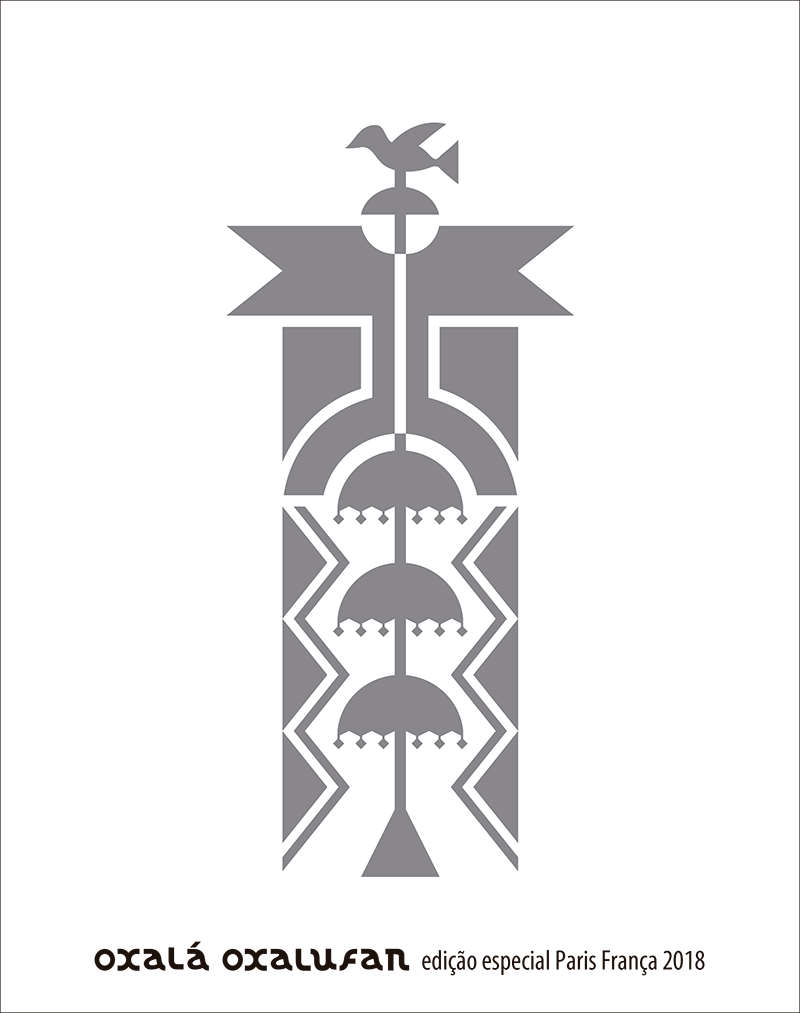